A little snippet from Of Bones and Ashes currently in the Twisted Flipped Fairy Tale Collection! 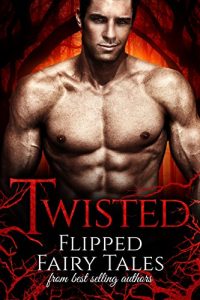 On this occasion, the mirror revealed to me another vision. Bedridden but still wearing a beautiful garment, the queen no longer resembled herself. Her impressive jewelry rested on her bedside table and not on her person. Premature wrinkles aged her, as did spots kissed by the sun. Her eyes sank within their sockets, heavy blackness marring the tender skin beneath them. It appeared as if centuries had passed since last I saw her. The touch of death was upon her, and time was clearly running out.

Strange. The mirror never revealed to me the future, but she still breathed, as far as I knew. I would soon come to learn that, most likely, I had witnessed her ritual after she enacted the spell.

Beside her necklace and teardrop earrings laid an intricately carved dagger and several candles burned almost down to the wick. Before my eyes, her lips murmuring all the while, her words inaudible, she lifted the dagger with great effort. She eagerly held the notched blade into the flames. Without hesitation, no worry, fright, or dismay visible, she then buried the weapon deep within her chest. She exhaled a breath and threw her head back.

“With my death,” she uttered in that same voice full of unusual power, “I grant you unending life, my child, my dear, sweet child.”

And on the morrow, she will kill me.