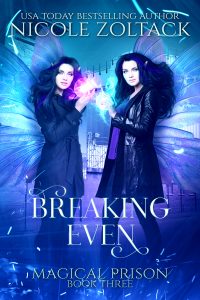 Freedom. Glorious freedom! Sophie and I are no longer stuck in Magical Prison.

Neither is the entire world.

The head master of Magical Hunters Academy’s actions would have caused paranormal creatures to be outed.

I couldn’t let that happen because it would cause war.

I never realized that my actions, however, would cause another war, war among the paranormal creatures.

Clearing Sophie’s and my names isn’t my biggest concern after all.

Trying to stop the war and surviving is.