The Queenmaker Series is Finished!

How doesn’t love King Arthur? And you know I adore retelling and reimagining and so, The Queenmaker Series was born!

And now, you can get the entire trilogy together! 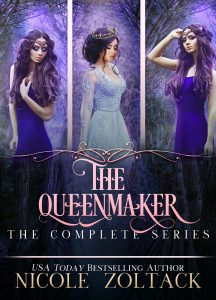 A maid who will become more than merely legend…

The Queenmaker trilogy is a King Arthur retelling with Arthur as Alena, a maid who can possibly become so much more than she ever dreamed possible. Perfect for fans of The Mists of Avalon, The Selection, and Red Queen.

Prefer to get the books individually?

A maid who will become legend… 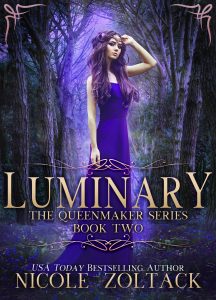 Alena is already a legend. Now, it is time for her to be luminary.

The people of Britain do not want a maid for a queen, even if she is the only one capable of removing the sword from the stone. Alena will have to prove herself worthy of the crown, and that means saving Britain from not only the Scots but also the Picts. 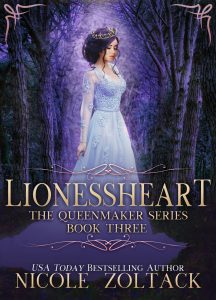 The time has come for Alena to take her rightful place as queen, but her troubles are far from over.

Having saved Britain from invaders, Alena is now accepted by her people. Her choice for king, however, is met with dismay. Both her advisors and the nobles believe they know better whom she should wed.

In the midst of the turmoil after her coronation, Alena is betrayed by those she holds most dear. Uncertain who to trust, Alena must rise up as the Lionessheart to save the day once more when another threatens to destroy everything she has achieved.

What’s next? I’ll be relaunching and finishing the Winged Beast Chronicles!