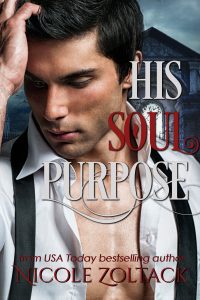 One fateful encounter will change his damned existence forever.

Byron enjoys his damned existence as a vampire until the night he attacks a young twenty-something. The golden cross around her neck stirs memories of when he had been human so long ago. A pang of guilt prevents him from hurting her.

Although red belt librarian Grace is frightened of the vampire, she thinks his act of conscience might mean he isn’t damned after all.

The quest for Byron’s soul leads them to uncover an ancient conspiracy to keep vampires damned forever—and brings them far closer than either intended. While rejoining Byron and his soul may save him, he might end up dead for the final time.